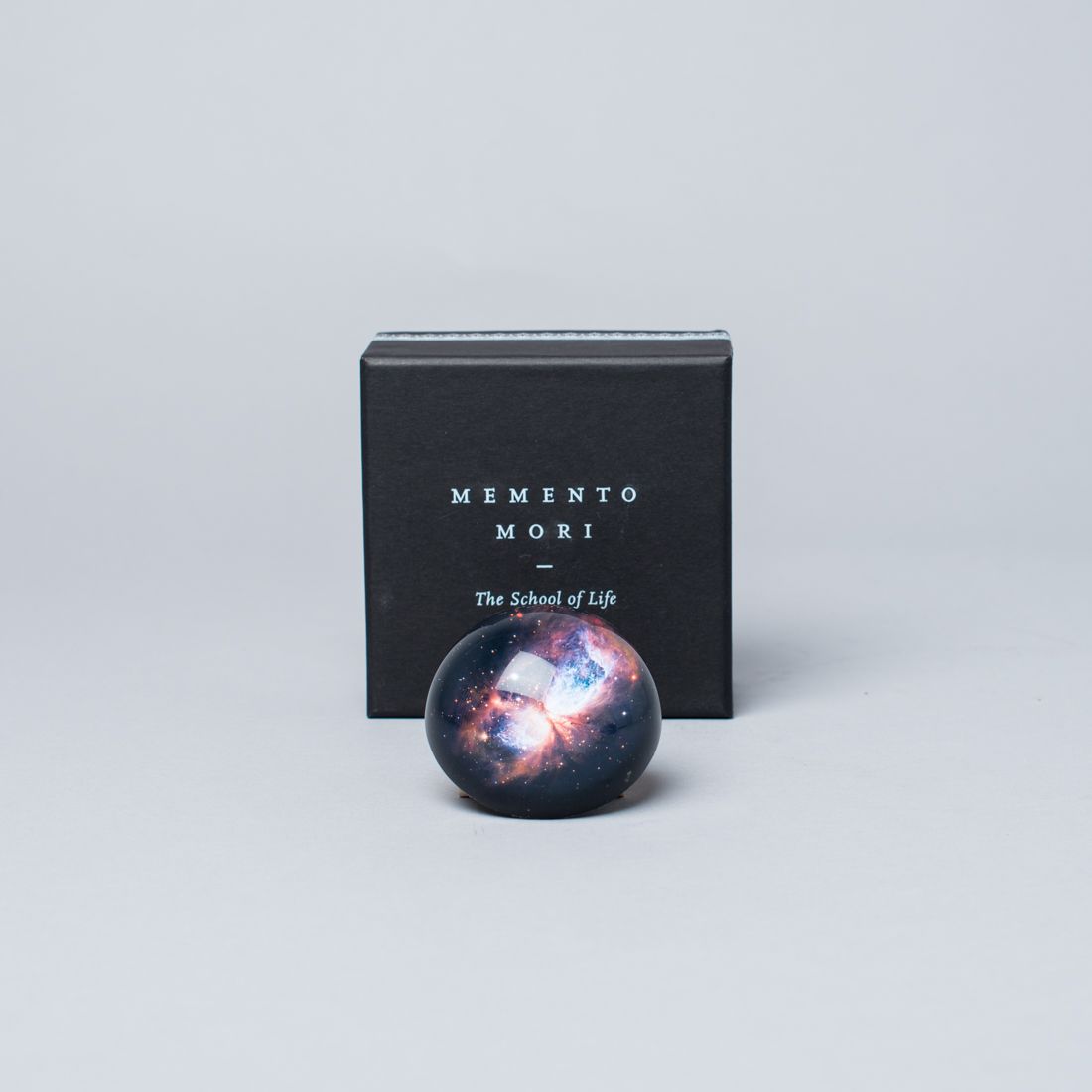 The School Of Life:
Globular clusters like this one are dense bunches of hundreds of thousands of stars formed over 13 billion years ago. This image, taken by the Hubble telescope, says nothing directly about what happened today at work or in our relationships. Its function is to make us feel small. That’s normally unpleasant, but to be made to feel small by something so much more majestic and powerful than we are has something redeeming and enhancing about it. The image is sombre, rather than sad: calming, but not despair inducing. And in that condition of mind, we are left better equipped to deal with the intense, intractable and particular problems and griefs we have to deal with in our few years on this planet.

For centuries, artists produced ‘memento mori’, works of art that would remind their viewers of death and usually featured a skull or an hourglass.

The point of these works wasn’t to make people despair, but to help them use the thought of death to focus on the real priorities. Vivid reminders of mortality and the transient nature of life put our prosaic obsessions into question. When measured against the finality of death, the true insignificance of some of our worries is emphasised and we’re given an opportunity to feel a little braver about what we really want and feel.

We have created a collection of glass paperweights to serve as our own, modern versions of a ‘memento mori’. These objects are both pleasing to look at and should serve as daily inspirations to tackle our most important task: to live in accordance with our true talents and interests and to make the most of whatever precious moments we may have left.