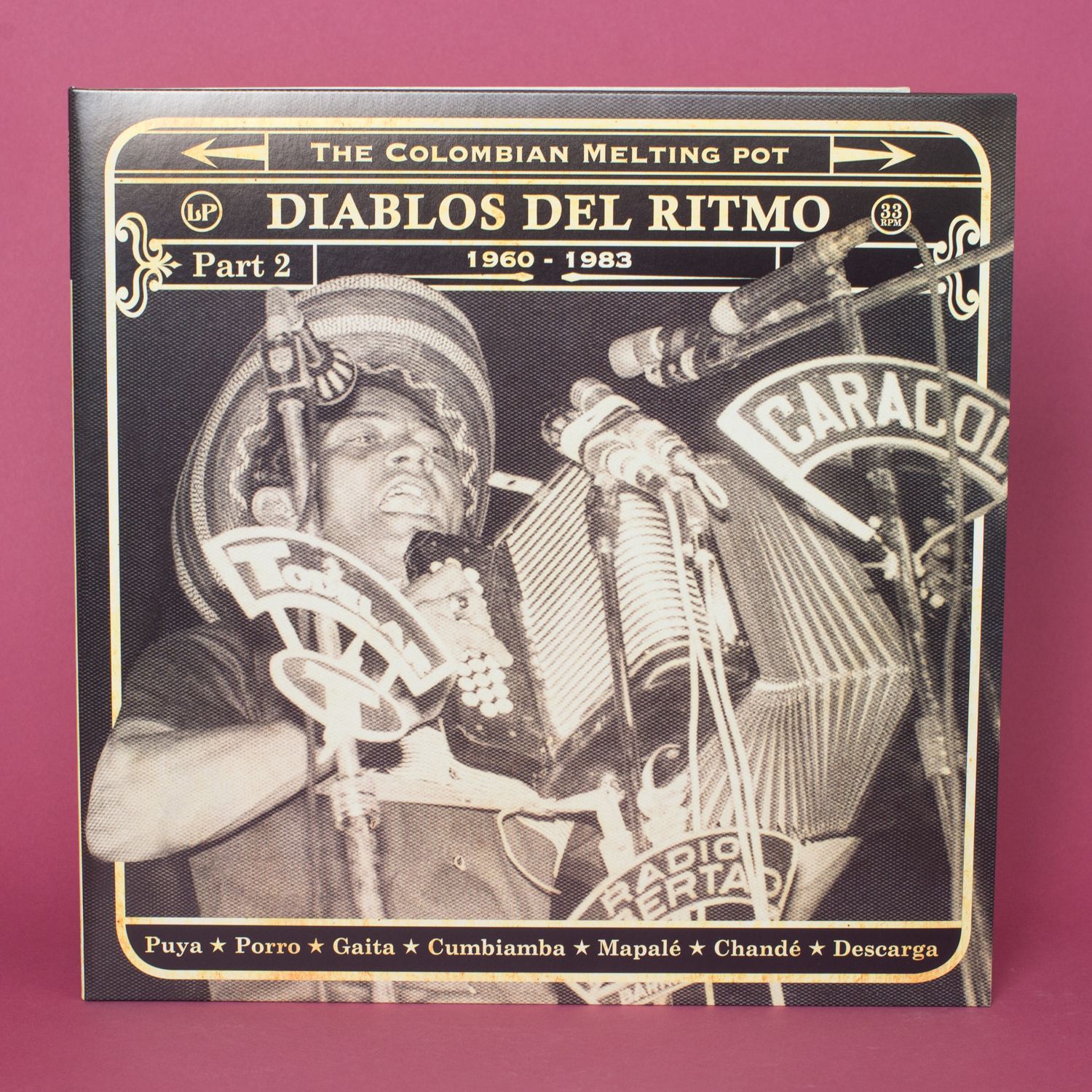 Skip to the beginning of the images gallery
Brand
Brand

There are a number of theories as to how, in the mid-20th century, African music made its way to Colombia’s vibrant port city of Barranquilla,
today’s mecca of Caribbean tropical music flled with the chaos of loud music, frenetic taxis, delicious Sancocho soup aromas and a charmingly colourful aura.
Some maintain that a man named ‘Boquebaba’ remains responsible. Others claim that seafaring traders and merchants imported the frst sizeable amount of African vinyl.

An absolute certainty is that in March 2007 Analog Africa founder Samy Ben Redjeb arrived in Barranquilla, by some still considered the ‘Golden Gate of Colombia’.
Unaware the impact it would have, he brought along several African records to be used as trading currency for Colombian music.
Ben Redjeb’s collection allowed contemporary diehard music collectors to fnally hold their cherished records and learn the real names of many of their favourite songs,
which they had heard through coastal sound systems for nearly three decades.
In return, the gesture opened pathways to depths of Colombian music the likes of which he would not have encountered otherwise.

After half a decade in which seven expeditions were made to Barranquilla, Analog Africa is honoured to present ‘Diablos del Ritmo,’ an anthology of
- and tribute to - the immense sound of 1970s Colombia. Thousands of records were collected, boiling down to a colourfully diverse selection of 32 tracks
(available on double CD, 2 x double LP and digital format), split between Afrobeat, Afrofunk, Psychedelia-inspired rhythms on Part 1 and an array of danceable tropical rhythms on Part 2.