Music
Skip to the end of the images gallery 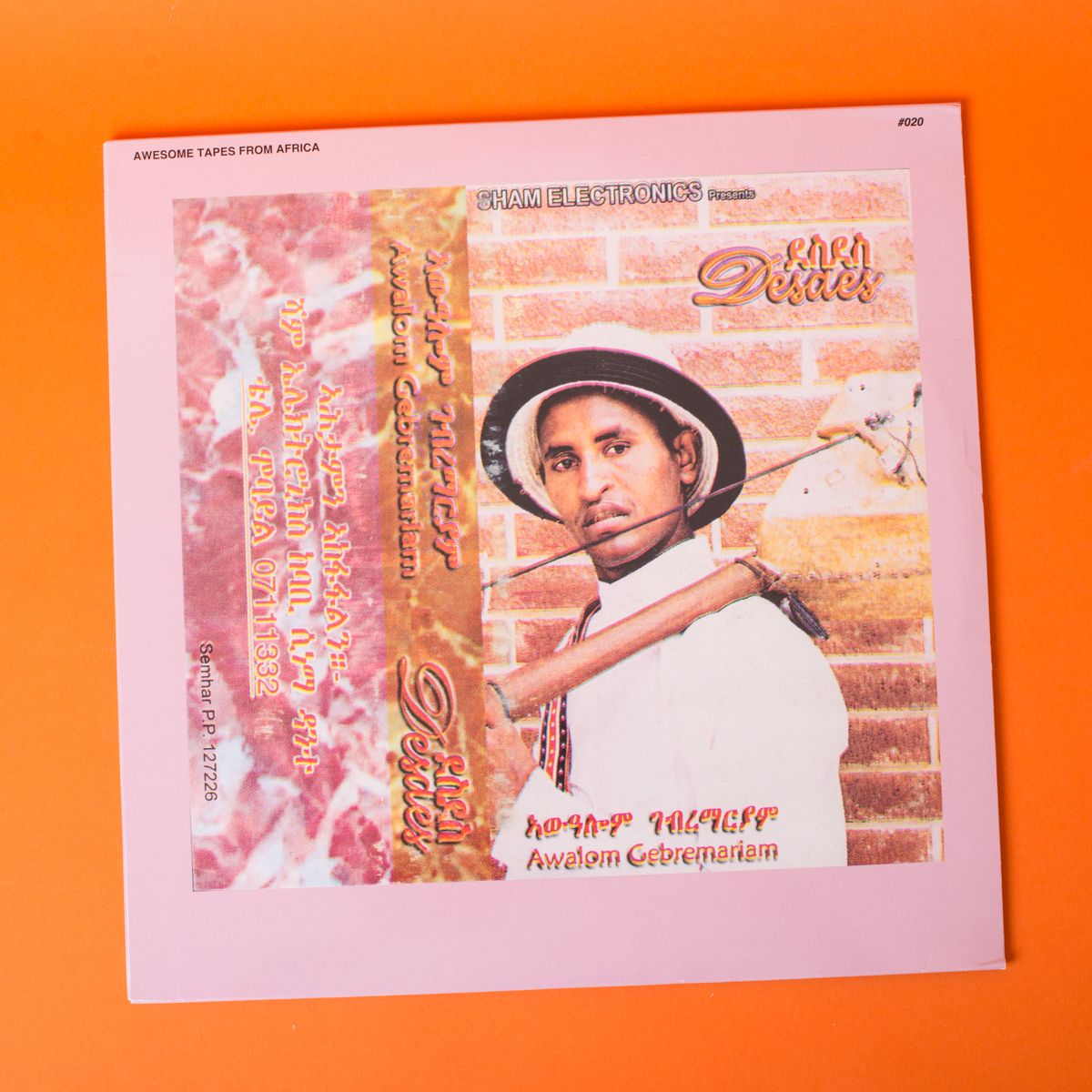 Skip to the beginning of the images gallery
Details
At the age of 28, Awalom Gebremariam arrived in the United States, following a years-long journey from Eritrea. He’d made it to a refugee camp in Ethiopia several years ago and eventually attained asylum status for passage to America. But before he left his hometown, Eritrea’s highland capital Asmara, he made his first and only recording so far, Desdes.

In 2006, Awalom began to teach himself two of Eritrea’s most recognizable and important folk instruments, the wata and the krar. Although they have roots in traditional music, they are heard in most Eritrean folk and pop recordings. 2006 was also the year the singer-songwriter and multi-instrumentalist’s biggest musical inspiration, Abraham Aferewerki, passed away. Although the younger musician says his musical influences aren’t pinned to specific people as much as by the spirit of Eritrean music itself, Aferewerki was such a pillar that his work and death are poignant for many people. (When pressed, Awalom says he also looks up to legendary Eritrean singer Yemane Barya and Bob Marley.) Much of the music he heard growing up was intertwined with Eritrea’s difficult and contentious split from Ethiopia. An enormous proportion of popular songs’ lyrical content from the the era of Ethiopian annexation in the 1950’s until now are filled with imagery and metaphors connoting freedom, national pride and the country’s lengthy struggle for independence.

Awalom completed Desdes in 2007, not long before he departed Eritrea. Because Awalom left after the recording he never received any money for cassette and CD sales. But he also didn’t get to find out how much of an impact the songs have had locally.

His songs appear to focus on love, but Awalom isn’t speaking about romantic love per se. Love of country and pride in the struggle for independence are what helps makes songs like these popular among listeners locally and in the large worldwide Eritrean diaspora. While we don’t have many details about the popularity of the tape in Asmara, the strength of Awalom’s sentiment was enough to carry the recording across many miles and into Awesome Tapes From Africa’s cassette deck.

In 2012, during a trip to Switzerland to help promote a film about biking in Eritrea, ATFA was given a copy of Desdes by fixed-gear bicycle athlete Patrick Seabase, the documentary’s protagonist. Seabase gave a copy to ATFA founder Brian Shimkovitz as a gift and it later appeared on the ATFA blog.

A few years later Shimkovitz was contacted by some agencies in North Carolina, where Awalom had settled. Through a translator very one decided to work together on a reissue of his recording. It took many months to source a clean master but now the album is ready and Awalom’s goals are clear. He spent years waiting for the chance to escape economic and political turmoil at home. Now 29 and living in North Carolina, he works in a restaurant and plans to bring his music to Eritrean communities across North America as well as newer listeners with whom his powerful sounds and remarkable journey will deeply resonate.
Brand
Brand 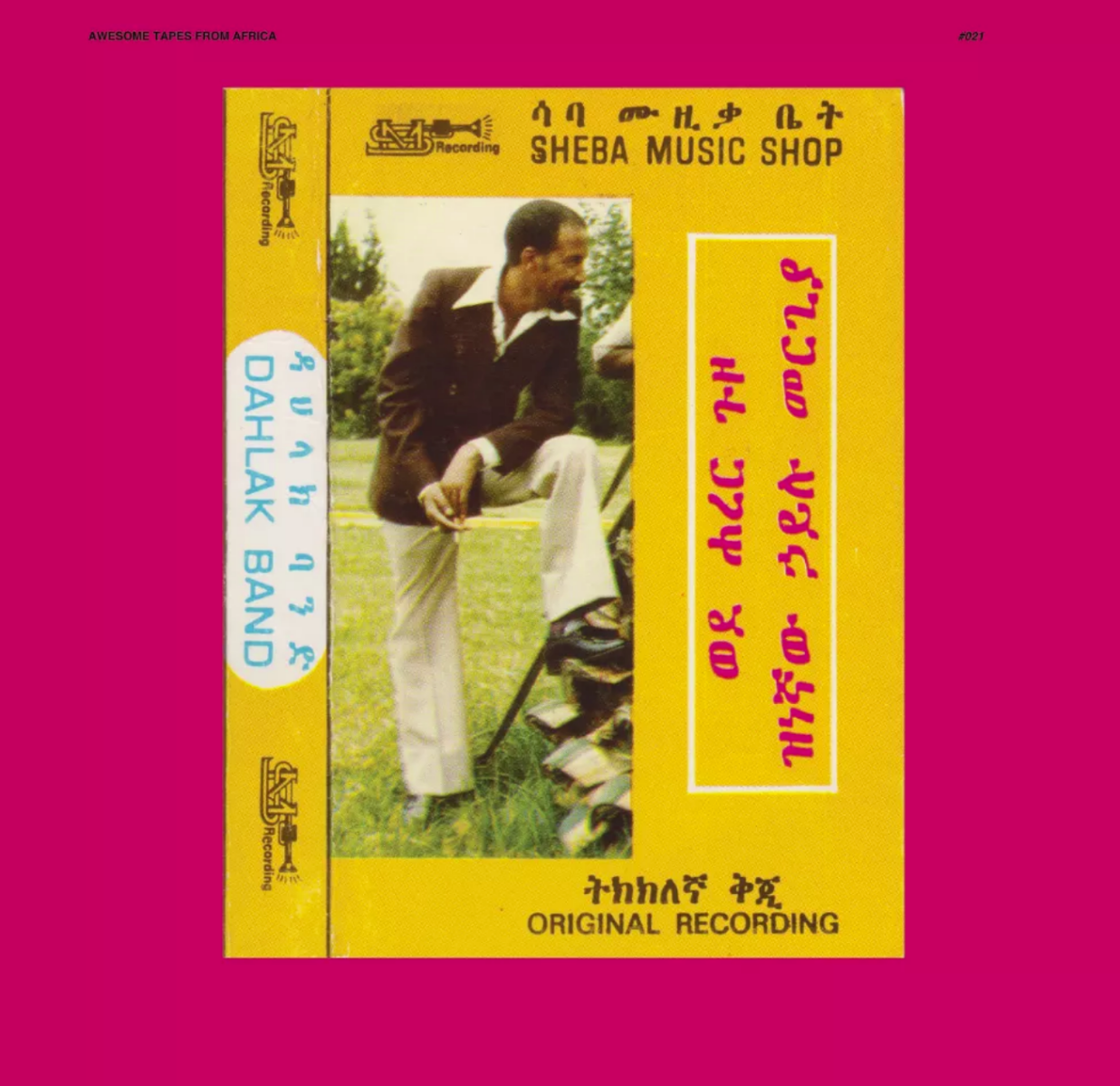 Awesome Tapes From Africa is a record label and web site operated by Brian Shimkovitz.

The site was founded in 2006 in Brooklyn, New York.

The site was created as a way for Shimkovitz to share music he had come across while on a scholarship in Ghana.

He was interested in the variety of genres and artists he found, distributed largely on cassette tapes at markets, but that he had not come across outside West Africa.

In 2011 he transitioned the site from just a blog with posted recordings of collected tapes posted without the artists' permission to a commercial record label.

The goal of the company is to seed and expand an audience for the artists presented as well as provide opportunities to sell albums and tour.

Artists are paid every six months and receive 50% of the profits from an album.

Tapes presented on Awesome Tapes come from a variety of sources: gathered in Ghanaian street markets, purchased in stores in the US, or sent by others over the internet.

In addition to the website, Shimkovitz DJ's concerts, clubs and at festivals as Awesome Tapes From Africa, as well as hosts a show on Dublab.

Most Awesome Tapes From Africa releases are official rereleases of out-of-print cassettes from African musicians and bands.

SK Kakraba's Songs of Paapieye is the first album to consist of a new release. Although music is distributed in Africa via MP3 on mobile phones, Shimkovitz says the widest variety of music in West Africa is still available on cassette tape.

In the journal Public Culture, Awesome Tapes From Africa, along with record labels Sublime Frequencies and Parallel World, is discussed as being emblematic of "World Music 2.0" for combining the "open source ethics of online networks with long-standing countercultural networks of circulation" within cassette culture and music distribution in developing nations.

More about Awesome Tapes from Africa