Honest Jon's Records - London Is The Place For Me 2 LP

Calypso And Kwela, Highlife And Jazz From Young Black London 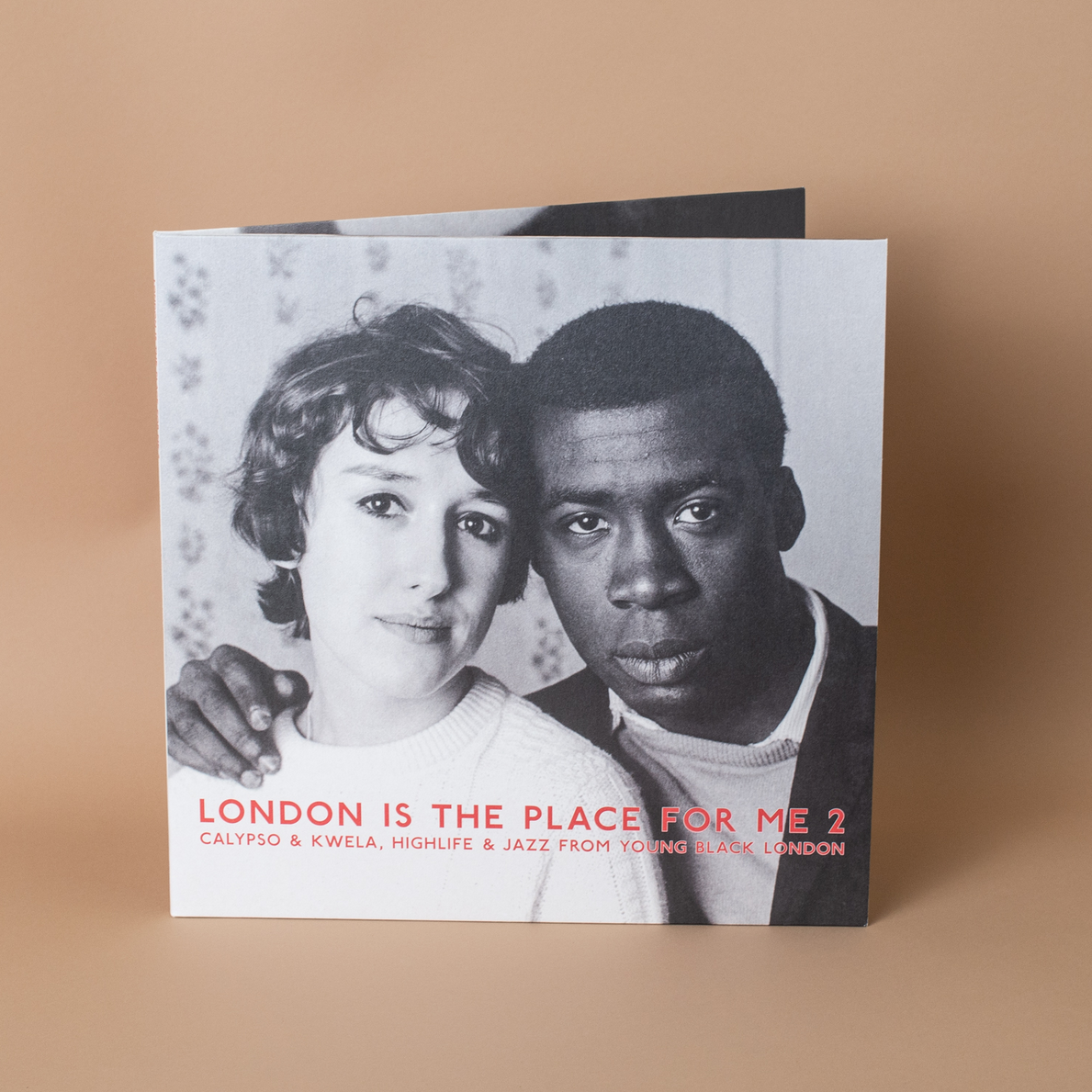 ‘Vibrant and beautiful almost beyond words,
the fifty year old recordings being collected
on Honest Jons’ London Is The Place For Me series are giant
and precious treasures of early black British music.
Exquisite artistic achievements in their own right,
they also throw light on the early development of post bop jazz in the UK.

‘Jazz also gets lyric and stylistic look-ins on two early-mutant calypsos:
Young Tiger’s Calypso Be and King Timothy’s Gerrard Street.
Tiger ridicules the “monstrosity” which is bop, but nonetheless includes
a stirring bop-informed solo from Jamaican tenor saxophonist Sam Walker.
Timothy instead celebrates the music, and London’s modest then-answer to 52nd Street,
Soho’s Gerrard Street (but asks, “Another thing I don’t realise/Why they all have dark glasses on their eyes?”)

‘Straightahead calypso at its finest comes on Kitchener’s My Wife’s Nightie — where,
unembarrassed by his own infidelity, the singer demands of a one-night stand that she
”Come back with mi wife’s nightie/Or I charge you for larceny” —
and Lion’s masquerade-spooky Kalenda March, catching
a similar shiver-up-the-spine vibe as Beginner’s awesome “Fed-A-Ray” on volume one.

‘Truth is, there are no standout tracks here.
It’s all wall to wall magic and beauty and loose-limbed dance rhythms.
But Campbell’s percussion-only Ashiko Rhythm — a mellow hand drums,
thumb piano, and gong-gong workout on the basic shave-and-a-haircut/two-bits beat
— and the Rhythm Brothers’ delicate and lullaby-like closer Sing The Blues can’t go by without mention.

EN: Honest Jon's is an independent record shop based on Portobello Road in Ladbroke Grove, London, operating since 1974. The shop is owned and run by Mark Ainley and Alan Scholefield, who took over from one of the original proprietors, "Honest" Jon Clare. Their record label of the same name is run in conjunction with Damon Albarn, who has been quoted as saying: "I don't really like the term world music. Wherever it comes from, it's all just music, isn't it? Hopefully that's what Honest Jon's is about - to open a few minds to what's out there."[1] The shop sells a multitude of genres of music on vinyl and CD, specializing in jazz, blues, reggae, dance, soul, folk and outernational. It runs a mail-order business from www.honestjons.com. Formed in 2002, the label has released compilation albums such as its London Is The Place For Me series, excavating the music of young Black London, in the years after World War II ("a fascinating archive of material from the 1950s and 60s, chronicling a time when diasporic rhythms were more or less the sole preserve of the small communities responsible for bringing them to these shores");[2] also collections of British folk, Port-of-Spain soca, Afro-Cuban jazz from the Bronx, Jamaican dancehall; and retrospectives of artists including Moondog, Maki Asakawa, Bettye Swann and Cedric "Im" Brooks & The Light of Saba. It has released original music by Candi Staton, Actress, T++, Hypnotic Brass Ensemble, Mark Ernestus, Trembling Bells, The Good, The Bad & The Queen, Simone White, Shackleton, Michael Hurley, Terry Hall, and the Moritz Von Oswald Trio. It recorded the chaabi orchestra of Abdel Hadi Halo on location in Algiers; Lobi Traore and Kokanko Sata Doumbia in Bamako; and Tony Allen in Lagos. In 2008, Honest Jon's began a run of compilations of early recordings — mostly drawn from the EMI Archive in Hayes, Hillingdon — stretching back to the start of the twentieth century, covering all corners of the world: from the break-up of the Ottoman Empire more than a hundred years ago, to 1950s Beirut, to late-1920s Baghdad, to 1930s East Africa. wikipedia